on February 20, 2020
A friend once told me about a nice party where they just come, ate and dance. Everyone loved it, he said. I thought it was an event to simply socialize with no purpose at all or commitment to the community who came and paid for the ticket in order to enjoy the night. Every event is different and every organizer have varied reasons and purpose in organizing an event. And then complaints of delayed time to dance because some guests don't like talks and speeches. Again, there is absolutely no problem with that. Anybody can be an organizer with appropriate permits or advocacy. As long as an event is labeled a "fundraiser" or simply, a "for profit" event, nothing is wrong about it. 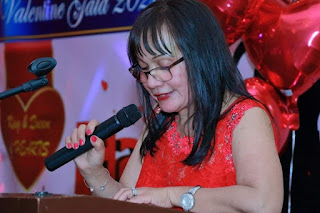 But not for nonprofit organizations, it is different. It is governed by laws and regulations. You cannot mislead or deceive people. So when an event branded and labeled as"a fundraiser or a not-for-profit event", you as a patron who purchased the admission fee will now need to know where and for what purpose does your money goes interms of supporting a not-for-profit event. It means, when you are attending an event for the purpose of fundraising, the organizers will have to say something at some point during the event about the reasons of doing the event to earn profit. When there is nothing but foods and dances...are you aware of what you are supporting?

So at our event at Durham Filfest or any event we organize, we punctuated it with short speeches outlining our purpose and why your attendance is so important and why you need to know what our purpose and initiatives are and so we always go with a "Program" with guests who are rallying behind our community intitiatives. Our supporters must get used to listening to what we are doing in the community. Guests who are paying to support our events must feel privilege in knowing we are sharing our goals and accomplishments. We owe it to the community and our donors.

Durham Filipino Fest stood bravely as a new not-for-profit organization in Durham Region. It is duly registered and so we abide by the law it is governed. It will thrive to ensure its primary goals are attained and that it exists with the purpose it will serve. It is currently managed by dedicated set of officers on its basic stature. With these passionate and dedicated individuals, we are able to create two (2) basic community initiatives: project/SilverLining (for Seniors) and the Youth Program under the Leonard Arp Memorial Fundraiser.

These two intitiatives are on its infancy. It is still being built and still on the phase of finding effective approach to be able to deliver its usefulness to those who may come and seek help.


The reason and purpose of our Seniors Program initiative-

CASE SCENARIO: In January 2013, a couple in Toronto were congratulated by a priest after the mass on their 5oth wedding anniversary. Durham Filfest Founder, Li ERON befriended them after the mass. Later on, it was learned that the couple had been thrown out from their son's home because of disagreements with their in-law. They have nowhere to go but took shelter from one friend to another. Someone helped them so they could be granted under the Ontario Welfare Program. The couple comunicated to Li ERON regularly. Sometimes they will call when they encounter problems. The couple also revealed a growing problems of Seniors being thrown out from the children's household and are surviving with the help of others. Li ERON visited them when they moved to an apartment provided by the welfare program. They were not allowed to rent it out or a portion of it. The government paid for everything; foods, bills and other needs.

But one day, a frantic call was made by the couple to Li ERON alleging the government cut their funds and they were taken out from the welfare program due to a false accusation of one friend of the couple called them in. The call was urgent and the couple sounded desperate as thinking about committing suicide. Li ERON picked them up from Toronto and brought them to Courtice. The couple then granted Li ERON permission to represent them. The social worker who handled them reinforced the information they received that the couple allowed a friend to stay and rented  a space in their aprtment which is a violation under the welfare program they were in. In one day, Li ERON was able to secure documentations and evidence that those allegations were false.  The couple was taken back to the welfare program and reinstated their entitlements and benefits.

project/SilverLining is geared on that goal of assisting Seniors and help them find solutions to resolve undescribable pains and difficulties they may encounter once they are left out on the cold with no one to guide them to safety and comfort. Surely, if those case scenario couple did not find refuge in the person of Li ERON, where will they be?


This initiative is meant for Seniors in our immigrant community. Filipinos who came as Live-In Caregivers brought their parents to Canada once they become landed immigrants and once their children are here. Both husband and wife are working many jobs so that their parents will become the babysitters of their grandchildren based on the arrangement of our Filipino culture. But once the relationship between parents and theirs sons/daughters families deteriorated, the parents can be sent out and fend for themselves at the mercy of friends. What about if living outside made life so miserable and where no support and guidance is provided to them?

But we must be inclusive and so we will address issues we can afford to address irregardless of their cultural backgrounds and that includes all Seniors in Durham Region.  And what we can provide based on the support given to us.

Our second inititative happening in October 2020- the Leonard Arp Annual Memorial Fundraiser 2020 where we deploy our Youth Program in memory of Leonard Arp. One example is sending a Youth to summer camp or other activities in which parents cannot afford. Or providing support and guidance/referral to government agency and services when one is vulnerable. Durham Filfest will work with religious organizations to gain support for our Youth.

Leonard Arp lost his life early with cancer. But he was able to climb the stage at his high school graduation. He died after his debut attended by families and the community rallied behind him.

Leonard was a volunteer and member of Squires. He also volunteered at the church. Leonard was a giver. This project mirrored him and his ideals. He was a young man with so much potential to serve his community but he was gone too soon. Somebody has to take up what he dreamed for and along with his mother, Durham Filfest will continue Leonard's youthful legacy. This October 2020, we will gather for Leonard Arp and raise funds for Sick Kids Hospital in Toronto and our youth in Durham Region. 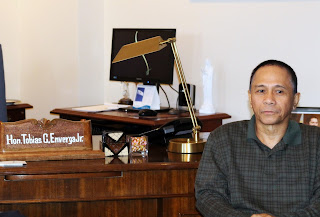